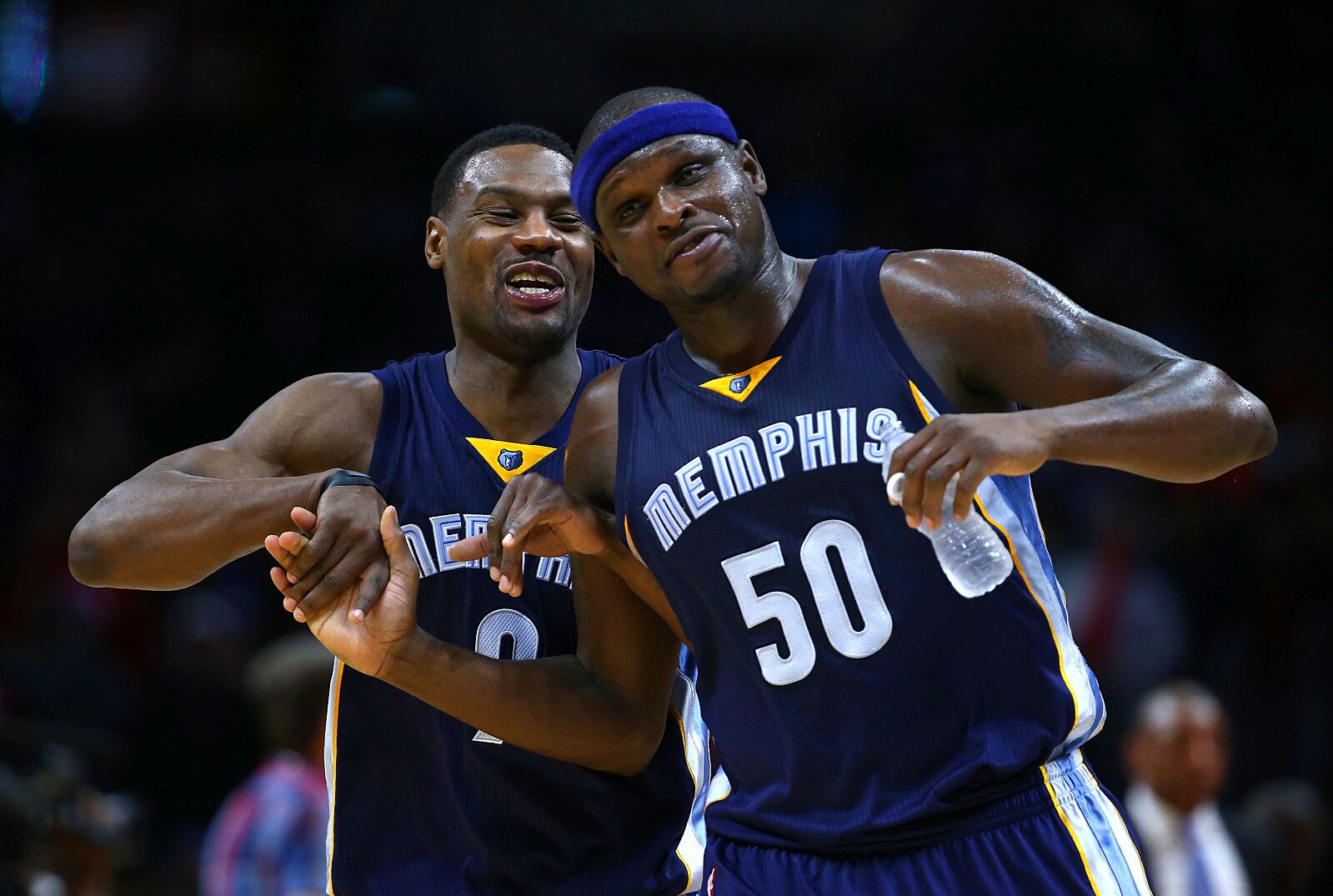 The “Grit and Grind” moniker is synonymous with Memphis Grizzlies basketball. Here are the 15 players who have defined this era of Grizzlies hoops.

The Memphis Grizzlies first relocated from Vancouver in 2001 after six rough years in the Pacific Northwest. Better times were ahead for this relatively new basketball franchise. It absolutely helped that they got their first star player in the form of big man Pau Gasol in a 2001 draft day trade with the Atlanta Hawks.

Memphis would eventually make the NBA playoffs for three straight seasons from 2004 to 2006, but went 0-12 in the Grizzlies’ first 12 playoff games since relocating. After missing the playoffs two straight years in 2007 and 2008, Memphis parted ways with Gasol in a questionable trade at the time with the Los Angeles Lakers.

Memphis got back in return none other than Gasol’s younger brother Marc Gasol, who would eventually become the greatest player in franchise history. A few years later, a new era of Grizzlies basketball was under way.

Beginning in 2010, something called “Grit and Grind” was bubbling down in Southwestern Tennessee. It was a most glorious brew, as it would become a moniker this Southeastern metropolis fully embraced.

“Grit and Grind” isn’t a catchy slogan, but a way of basketball life. It’s high pressure on-ball defense, milk the clock offensively, get buckets in the paint and assert one’s dominance physically on the opposition. It is a blue-collar brand of playing hoops that Memphians are glad to call their own.

Though “Grit and Grind’s” peak years were through 2017, it will be hard to separate a new era of Grizzlies basketball with a few players often associated with “Grit and Grind” still on the roster like Gasol, Mike Conley and JaMychal Green. “Grit and Grind” may be on the way out, but here are the 15 players we will best remember for shaping this era of Memphis hoops. Mario Chalmers is better known for his two previous stops in his basketball career. He hit the game-tying 3-pointer in the 2008 National Championship against Derrick Rose’s Memphis Tigers to force overtime. Chalmers was a huge reason Bill Self’s team won one of the most compelling Final Four games to date.

After leaving Lawrence to begin his professional career, Chalmers was for a while the starting point guard on the Big Three teams with the Miami Heat that featured LeBron James, Dwyane Wade and Chris Bosh. In 2015, he would be traded to Memphis along with James Ennis for Beno Udrih and Jarnell Stokes. Chalmers hasn’t played for any other NBA team since that 2015 deal.

Yes, he ruptured his Achilles’ tendon in 2016 and was waived by the Grizzlies in March of that year. While still recovering, he would re-sign with Memphis during the 2017 NBA offseason, spending last season with the club.

Chalmers may inevitably be best remembered for his time in Kansas and with Miami. However, he has carved out a memorable role with the Grizzlies since coming over in 2015. Through the 2017-18 NBA season, Chalmers played in 121 games for the Grizzlies, but only made 17 career starts. However, he averaged 9.1 points and 3.4 assists per game in 22.1 minutes per contest.

In essence, he has become the backup point guard to “Money” Mike Conley for Memphis. Chalmers isn’t more than a viable backup at this point of his career, but has always played a brand of antagonistic basketball as a floor general.

He obviously likes to have the ball in his hands, which has certainly made up for his lack of defensive prowess. Chalmers may not be a reliable shooting, as he has only made 39.8 percent of his field goals and just 29.8 percent of his 3-point attempts since arriving in Memphis. However, he does play the point with a chip on his shoulder, as one would expect as a native of the Last Frontier in Anchorage, Alaska.

At 32 years old, Chalmers may have a few years left in the tank as a viable backup point guard in the NBA. He remains unsigned heading into the 2018-19 NBA season. Having ruptured his Achilles only a few years ago and being on the wrong side of 30 have probably robbed him of any explosiveness Chalmers might have had off the dribble in his youth.

However, he does familiarity with Grizzlies head coach J.B. Bickerstaff should he need to sign a point guard off the street. What we do know is that Chalmers will likely have to grind his way to and through his next NBA contract. It would fit right in with Memphis.

Next: No. 14
Next1 of 15Prev post
Use your ← → (arrows) to browse
Event Tickets
Powered by StubHub
Top Stories