Grizzlies Position Preview: Wings by Bailey Caldwell
Game preview: Memphis Grizzlies vs. Chicago Bulls by Ethan Becker
Next1 of 4Prev post
Use your ← → (arrows) to browse 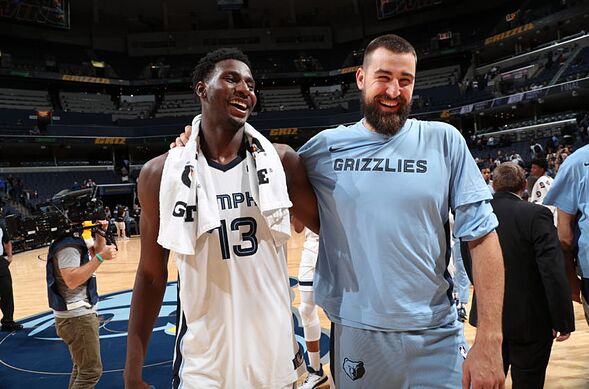 The Memphis Grizzlies are in a new era. Their new bigs are looking to become the next dominant group in Memphis. What should fans expect this year?

As the Memphis Grizzlies move into their next era, they still have managed to solidify a solid group of bigs. However, this new group is unlike any Memphis has ever had before. A near-perfect rotation for the modern game, the Grizzlies have potentially already found their next dominant frontcourt duo.

Jaren Jackson Jr had a strong rookie year, establishing himself as the next great big in Memphis. He put his name in the team’s record books a couple of times and made the All-Rookie First Team. This offseason, the Grizzlies signed starting center Jonas Valanciunas to a 3 year deal, further solidifying the rotation. Valanciunas had a great season after coming to Memphis last year, and showed a good chemistry with JJJ. Rookie Brandon Clarke has already been called steal of the draft by many. He’ll provide a ton of versatility for the team.

While other players will see time at the 4 and 5, these three will be taking most of the minutes at those positions. This is a strong rotation, with a high ceiling. With a rookie and a sophomore in the mix, fans will need to show some patience, but have every right to be excited for the upcoming season. Here’s what to expect from the bigs in Memphis this season.

Next: Jaren Jackson, Jr.
Next1 of 4Prev post
Use your ← → (arrows) to browse
Event Tickets
Powered by StubHub
Top Stories